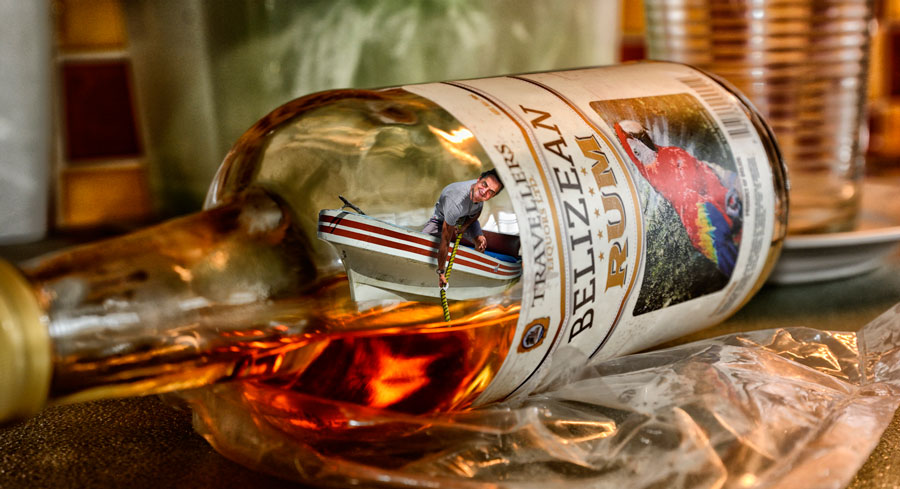 Although I love to cook and eat the great variety of species of Fish the Caribbean has to offer I have never been a great fisherman.

I got traumatized fairly early in my Caribbean career.

After work, while living in Curacao on the Dutch Antilles I had a regular stop at a rum shop to have one or two beers, and wash away my daily kitchen stress before going home.

A Bunch of local guys were talking about one of their favourite topics ‘fishing’. I told them I wasn’t a great fishermen and one of the guys offered to take me out next morning early to show me how to handle myself ‘as a man’ on the ocean. It sounded like a great idea and the appointment was made. I asked him if I should bring anything, and of course he told me no. He would take care of everything.

When I met up with him the next morning he still looked ‘kinda rough’ and he assured me he didn’t sleep yet but had a great bash last night.

We loaded an ice jug with 2 bottles of rum and got on his boat and that was it. Off we took. The boat was one of the local wooden skiffs, about 16 foot with a small engine that looked like it went to war. It was taped together with duct tape, chewing gum and paperclips, however it started at the first crank.

My Captain took off and his first instruction to me as his first mate was to hand him a bottle of rum.

He offered me the bottle and I took a sip but it really was too early for me and I passed it back to him.

About half an hour later he had emptied the bottle and I only saw Curacao as a small dot on the horizon. By the time he asked me for, and I handed him the second bottle of rum, when I looked around I only saw open water. He pointed out that the island Bonaire was a certain direction, it would be great fishing there and told me to keep the boat going that direction while he needed to take a nap. He passed out and I was on my first mission as first mate.

Waves where picking up, the little boat was rocking, I couldn’t see any shore lines and was praying that I was going in the right direction.  My captain was sound asleep. That was when the predictable thing happened; the little engine went silent….. I tried to crank it up without any luck….I tried to wake up my captain with even worse luck, he was stone cold OUT… I splashed him with water, I put ice cubes his face and arms, he would not wake up… That is where I started to panic slightly and did the only sensible thing you can do in a situation like this. I took the bottle of rum that the captain was still holding and took a big gulp of the warm liquor.

Roughly 2 hours later, I was badly sunburnt, thirsty and afraid but I finally saw some life coming back into my captain.

I managed to clarify to him what the problem was. He didn’t say a word, just looked at me, moved some fuel lines kept them in place with the famous paper clip and cranked up the little engine, without a problem. I felt pretty stupid.

At that moment he looked at the sun and clouds and slurred something about bad weather coming in. The skipper turned the boat in a certain direction and told me to keep going that way before he passed out again. Approximately 45 minutes later I saw a little dot at the horizon and although I didn’t know which island it was I was pleased. When the blotch became bigger I started recognizing the Curacao shoreline and I managed to get us back to the dock we took of from.

Once I tightened up the boat at the dock and left the captain sound asleep, I went to the fish market and bought some nice fresh snappers, which I proudly brought home to my wife…